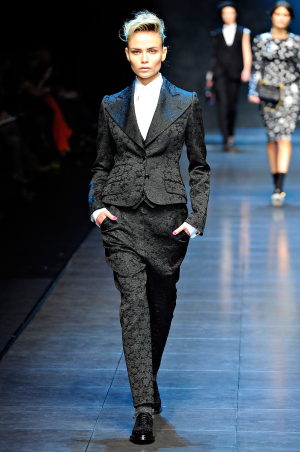 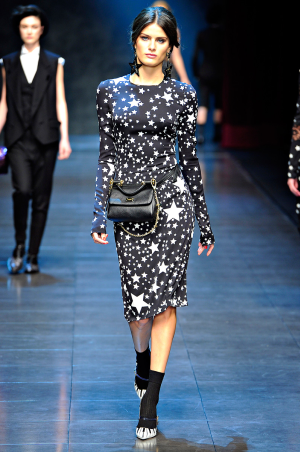 No one works the masculine-feminine mix better than Domenico Dolce and Stefano Gabbana. The powerhouse pair, via the prowess of first look model Arizona Muse, sent out a collection that was androgyny at its best. Double-breasted black jacquard jackets, cropped trousers and oxfords were as ever present as a long-sleeved corset dress in a bevy of prints, including stars, musical-notes and lace motifs. The men’s-inspired looks, as rockabilly as they were, had a decidedly feminine twist to them thanks to the plethora of rhinestone stars splashed across the lapels of overscale suit jackets. But while masculine was inevitably minimal in aesthetic, the feminine aura was in-your-face. Magnificent gold and pearl details infused with ruby, emerald and diamonds on some incredibly embroidered separates, reminiscent of that bygone Byzantine era. 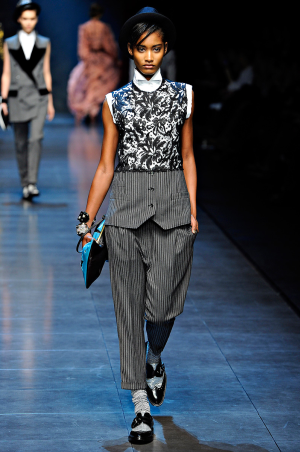 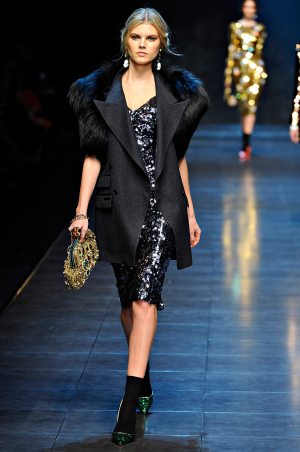 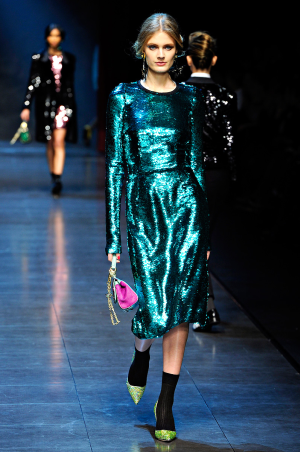 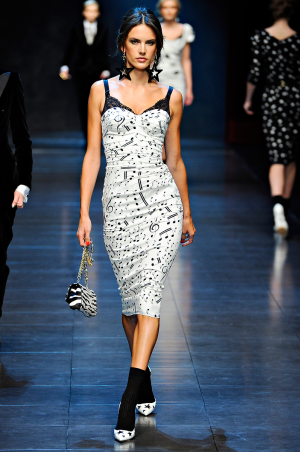 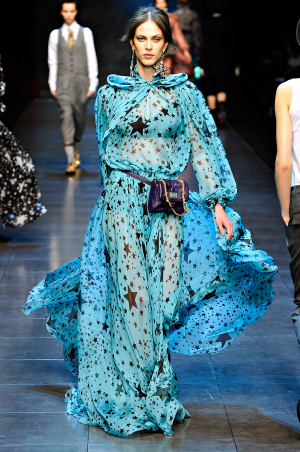 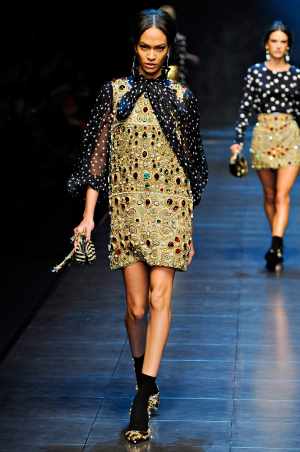