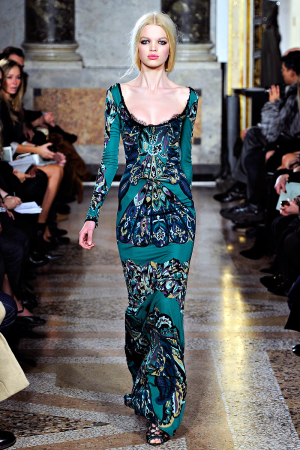 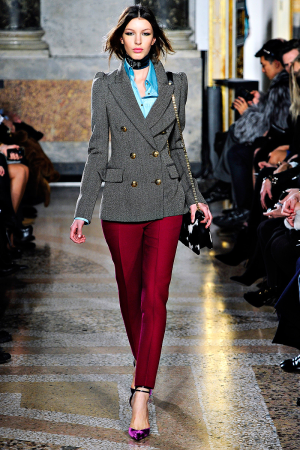 Peter Dundas is clearly on a roll at the house of Pucci, a destination he’s seemed destined for and has really been catapulted by. For fall he worked the Florentine house’s iconic prints by way of a Tyrolean fairy tale–think busty Swiss misses in tight, corseted dresses, embroidered dirndl skirts and velvet knickers–but infused plenty of chic daywear via tailored riding pants in loden suede, feminine lace blouses and perfect layering jacquard jackets, at times corseted. But while the separates were plenty good, as was the color palette of robin’s egg blue and golden yellow, Dundas did not relinquish his abilities at mean dressmaking. His finale of stunners, including a sexy green dress with embellished asymmetrical sleeve and burnout velvet gown encrusted in cabochon crystals were the stuff red carpet dreams are made of. In a word: smoldering. 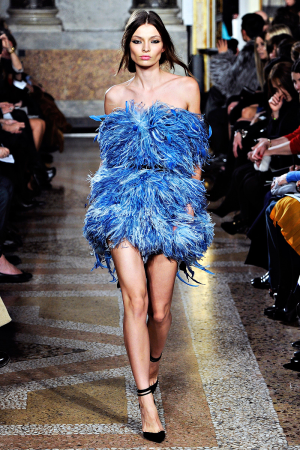 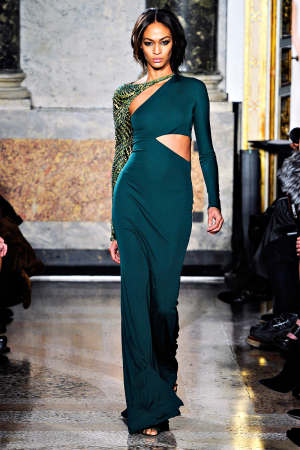 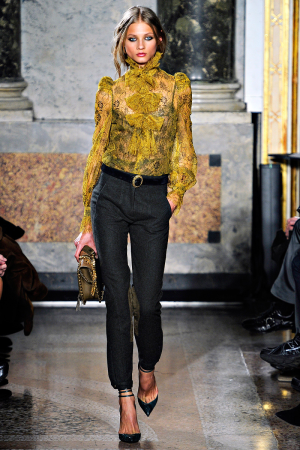 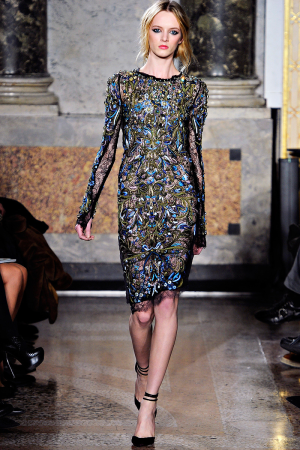 TAGS: Man Snob, Runway
By  Jim Shi
SHARE THIS POST
< PREV
Calling all iPhones! (Sorry, it was too easy)
NEXT >
Marni Fall 2011