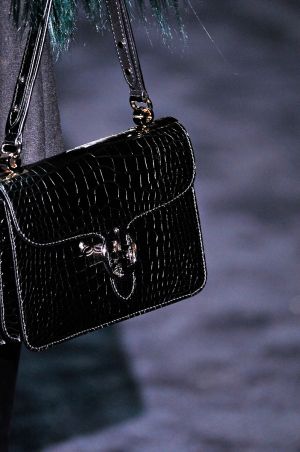 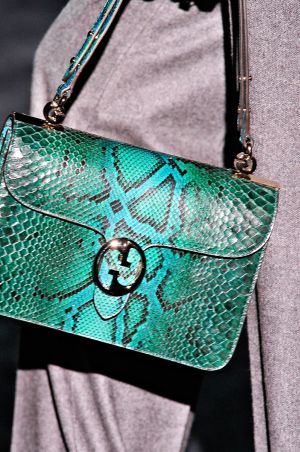 With clothes offering an abundance of texture and color for fall, Frida Giannini made the right move by keeping her accessories subtle and, for the most part, understated. The majority of the collection shown on the runway was small and subtle. The idea, it would seem, is that they’re meant to complement, not dominate, the outfits. Remember when designers back in the 1980s showed big mama bags with little bags piggybacking? It would appear that that look is back! Plenty of models at the Gucci show sported oversized Jackie-O bags with a smaller framed handbag, some of them featuring contrast piping, hanging off their fingertips. I love the silhouette! This being the company’s 90th anniversary year, Giannini paid homage to the late Guccio Gucci with the ever-present double GG buckle logo in a fluid shape. 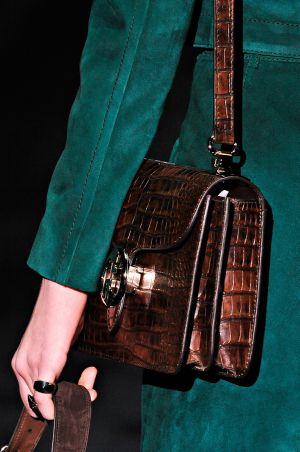 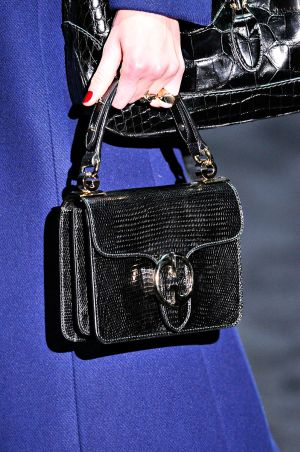 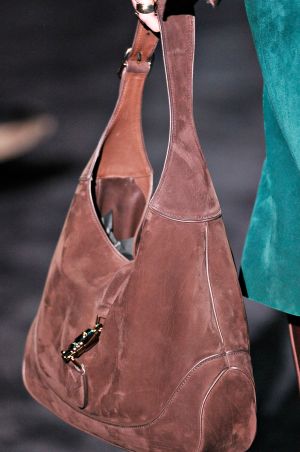 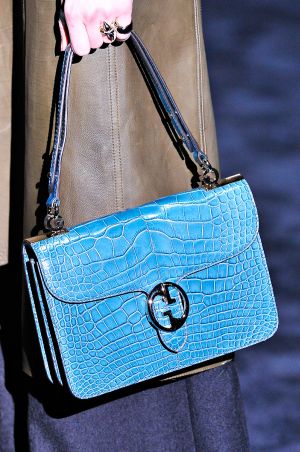 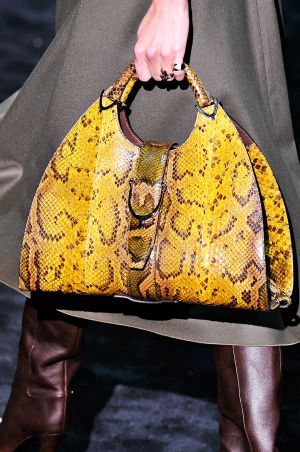 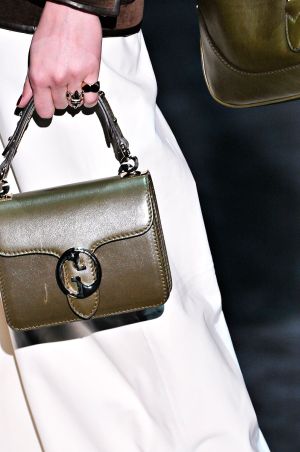 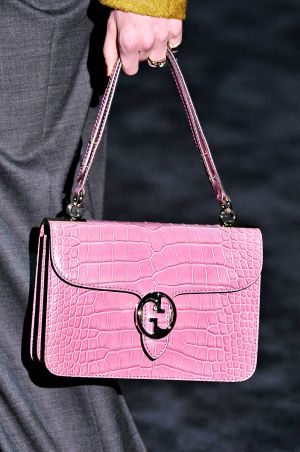 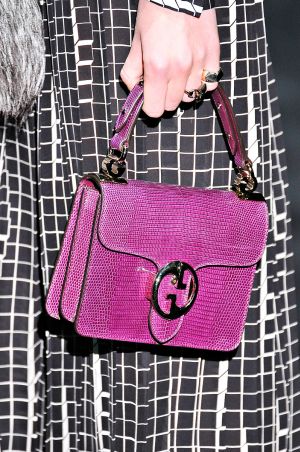