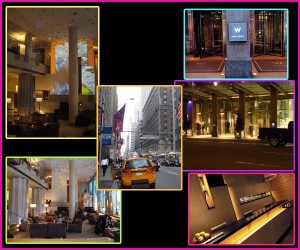 Couture Snob has the perfect Snob Hotel for you – the W Hotel New York should be on your list for all future visits to NYC!

Your Fall Wardrobe Gets the Printed Treatment With a Festive Blazer at TheFind!

Proving you can stay warm and look chic, Michael Kors has provided girls seeking coziness with a streamlined alternative that won’t downgrade your look, like these boots at Shoe Snob.

As a new parent, what you need most of is an extra set of hands. The BabyGiraffe at Tot Snob isn’t exactly the nanny you’re wishing for but it definitely gives a helping hand when venturing out into the wide wide world!

Beauty Snob has a strong feeling that brown is Spring 2012’s black and it’s making us very excited! From mascara to lips and nails – what are your thoughts on brown as the new black?

MJ: Diary of a Fashion Week Model at The Fashion Spot.

Red Carpet Fashion Awards wants to know Who Was Your Best Dressed At The 2011 Emmy Awards?

Who would have thought it would take a quintessential Parisian designer to get the Native American look down pat? Isabel Marant manages to nail the look with panache with a Fall collection that brims with fringe, feathers, and embroidered and patchwork denim, bags included at Bag Snob.