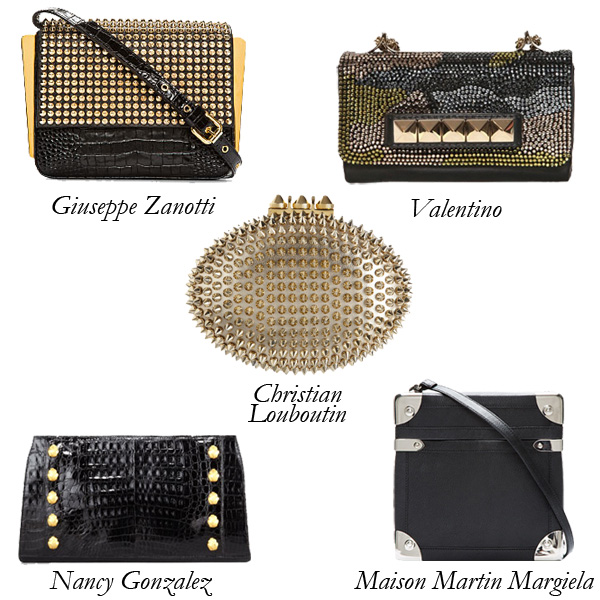 While there was once a time when minimalist, hardware-free bags were the ultimate in chic, the tide is now turning and with it comes a wave of heavy metal embellishments. From camo crystals to weaponized clutches, the trend is armed and ready for battle. Which decorated warrior do you think will lead the pack this season?

Maison Martin Margiela Black Leather Cosmetic Clutch: The boxy bag would be a bit of a clunker, but with MMM’s always cool aesthetic, it just might be worth the heft. On Ssense for $1,195.

Giuseppe Zanotti Studded Patent Leather Croc-Embossed Jakarta Shoulder Bag: Between the hardware-heavy flap, the croc-embossed patent leather, and the metal bars at the sides, there’s certainly a lot going on here, and yet somehow it works. On Ssense for $1,275.

Christian Louboutin Studded Mina Clutch: Louboutin gives us the modern spiked flail. The question is how would you be able to hold it? Ouch…At Barneys New York for $1,895.

Nancy Gonzalez BG 111th Anniversary Studded Crocodile Clutch Bag: Even the notoriously hardware-averse queen of croc is accessorizing with metal studs (in the shape of beetles, no less!). At Bergdorf Goodman for $2,245. 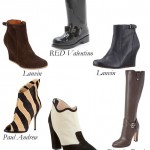 NEXT >
Romping Around: Celebrity Style 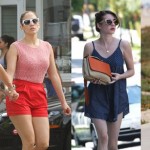