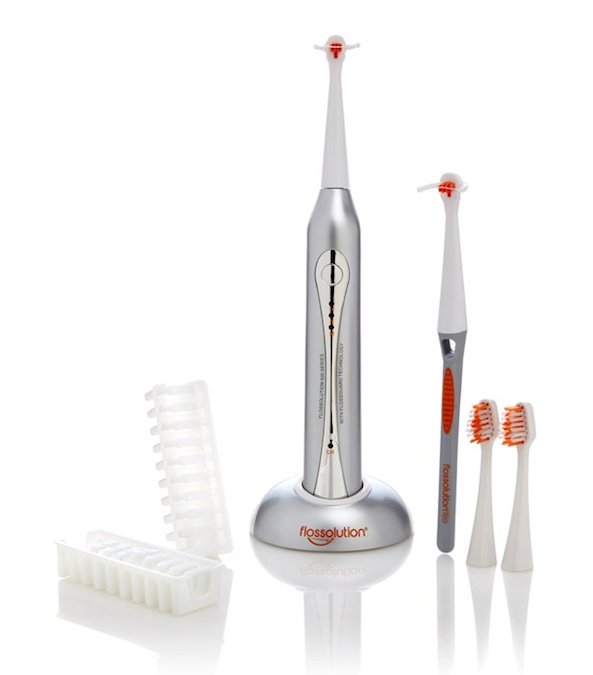 “Floss daily,” says your dentist. How many of us actually obey? It’s not that I don’t agree with the benefits. Having healthy gums is actually more important than having healthy teeth because it’s easier to fix your teeth. Once your gums recede and deteriorate, all your teeth fall out. Sorry to scare you, but that’s what I get from my dentist to motivate me. Let’s be honest, though – flossing is a total hassle!! Well, Dr. Tim Pruett knows very well what the challenges are. As a dentist he deals with the floss battle on a daily basis. So instead of instilling fear, he invented a solution to make flossing easier and more comfortable. I met Dr. Pruett at our HSN training, and I was immediately intrigued when he described Flossolution. He sent me a sample to try out and I’ve been using it for 3 months and flossing has never been such a breeze. The hardest part of flossing is struggling with the floss around your fingers while you’re trying to get in-between the teeth. It keeps slipping off your fingers, and your fingers are too big to reach the back. And if your teeth are close together, it hurts your gums when the floss finally forces through.

This is one of those tools that makes you wonder why it wasn’t invented sooner. The electric toothbrush has been around for ages, but it wasn’t until the ingenuity of Dr. Pruett that finally gave us the electric sonic floss-er. Flossolution works very much like your sonic toothbrush, but it’s the genius design of the floss head that’s life changing. It’s completely intuitive and ergonomic, so basically, you put the string between your teeth and bite down lightly on the rubber pad, this pushes the floss down and there is a little stopper under the string that prevents it from going too far and hurting your gums. Once you get the hang of it, you somehow know where all the points are and you just bite down, pull it back up and go through your entire mouth in less than two minutes. And then there’s the sonic element, making it even easier, but most importantly, it’s doing all the work in cleaning and massaging. Stimulating the gums is of utmost importance in gum health. It keeps them strong by “exercising” them. It takes a bit of getting used to. It will feel weird and ticklish at first but after a few uses, you barely notice anything.

There is a slack in the floss string. This is by design to ensure the floss hugs around your gums the way it should (when you use regular floss, there is a natural slack) and also it prevents damaging your gums on the way down so there will be no bleeding involved. And I know you’re wondering about the reusing of the floss head, because that was my first question. Dr. Pruett pointed out that we reuse the toothbrush without a second thought. The rinsing and cleaning of it is enough to rid concerning bacteria and the same is true for the floss. We just toss the floss after each use because we have no place to store it and seriously, what is grosser than a puddle of used floss on the counter top? Anyone who does that in my house gets an earful from me!! I’ve been able to use the same floss head for 30 days without a problem.

Oh, and did I mention it also comes with a sonic toothbrush?? It’s a complete dental hygiene solution. I love the tapered brush design because I have crowding in the far back reaches of my mouth (I’m too scared to get my wisdoms pulled!!) so most brushes have a hard time reaching the critical points. It comes with three oscillating settings. I like the slow for flossing and the fast for brushing. It does not come with a timer but I actually prefer that. I don’t like to be told how long to brush and sometimes I feel like I need extra attention and don’t want to feel pressured to hurry on to the next section.

Dr. Tim Pruett will be on HSN the same day we go on – August 28 on the Beauty Report at 7pm EST, so while you’re tuning in to our show at 1pm, 6pm, and 9pm Eastern Time, you can watch him demonstrate his invention. On HSN.com for $99.95. 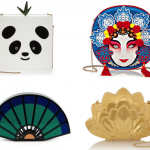 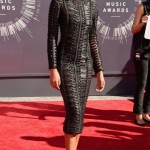 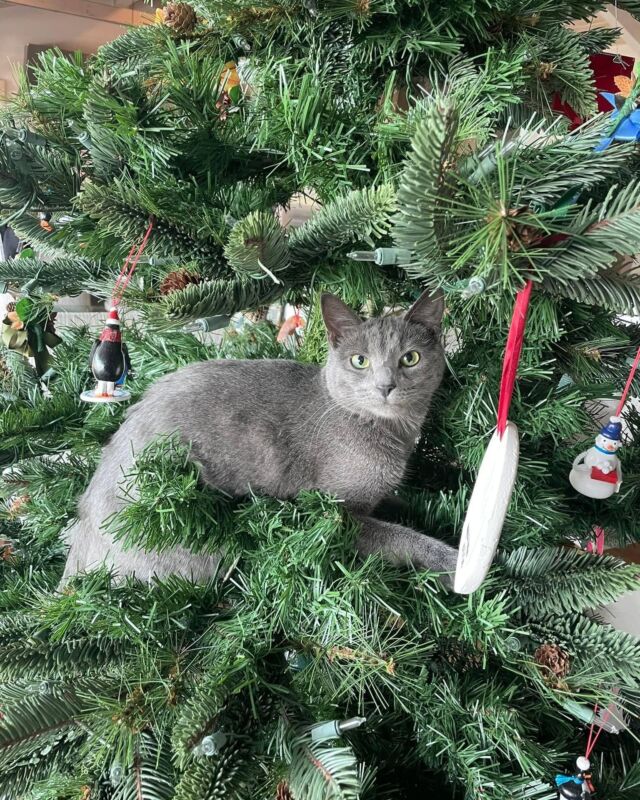 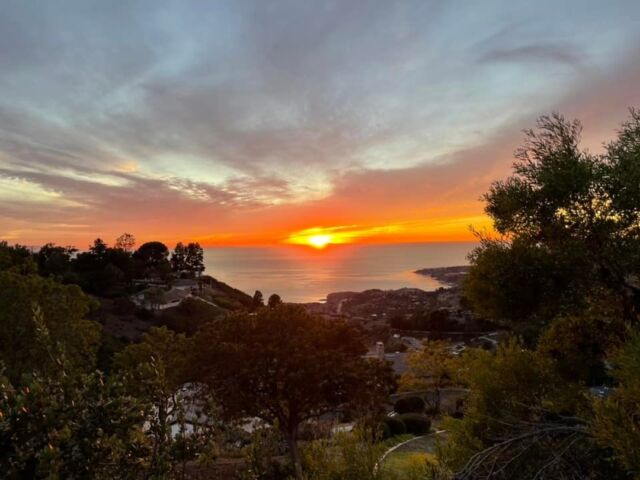 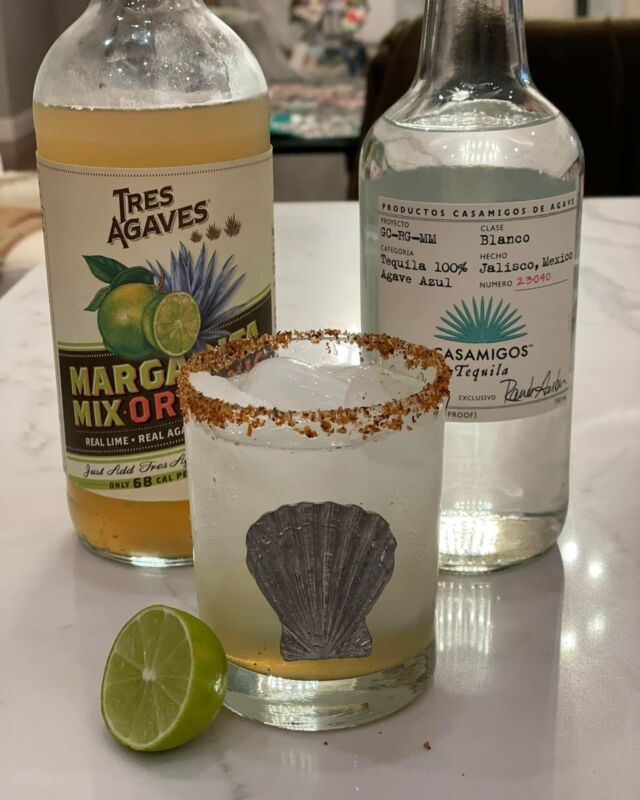 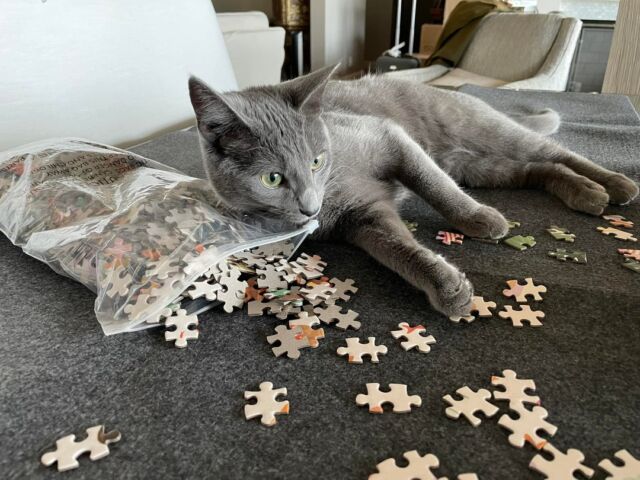 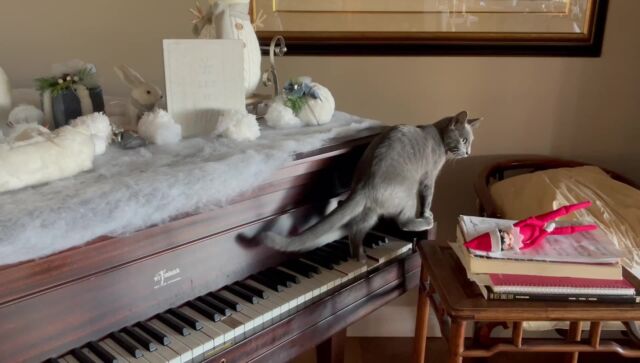 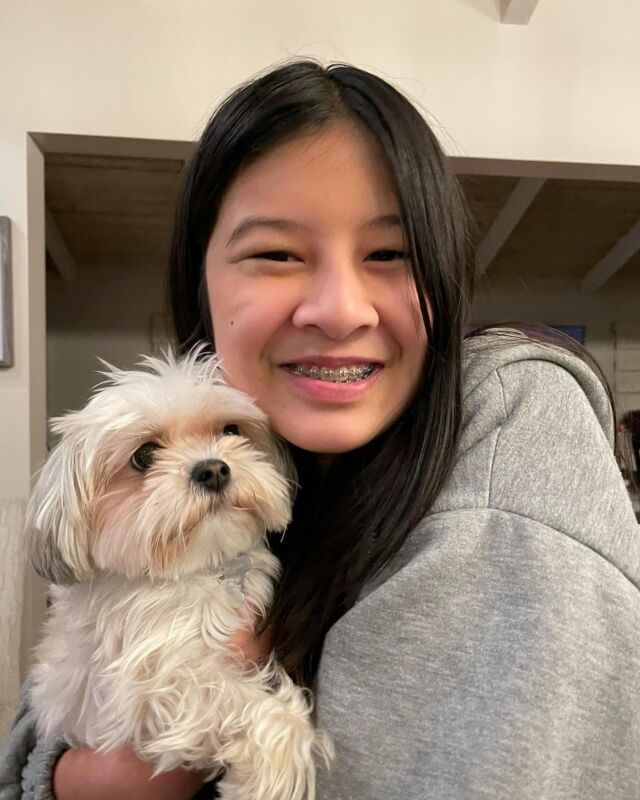