New York Times best-selling author Derek Blasberg penned a new book about models for Harper’s Bazaar that’s out later this year; the writer recently left his post at the magazine to join the Vanity Fair team as their “man on the street.” [Harper’s Bazaar]

Update: Jane Birkin agrees to allow Hermès to continue to use her name after the company proved its commitment to the ethical treatment of crocodiles used to make their iconic bags. [The Business of Fashion]

Sitting at home wishing you were in the middle of the madness? These are the 10 best apps to download to get you through your fashion month FOMO. [Vogue]

See the best of street style from day one of New York Fashion Week. [Fashionista]

Alexander Wang and Evian band together for an unexpected collaboration. [Who What Wear] 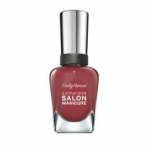 My new kitten Stampy. She is a mixed #Russianblue